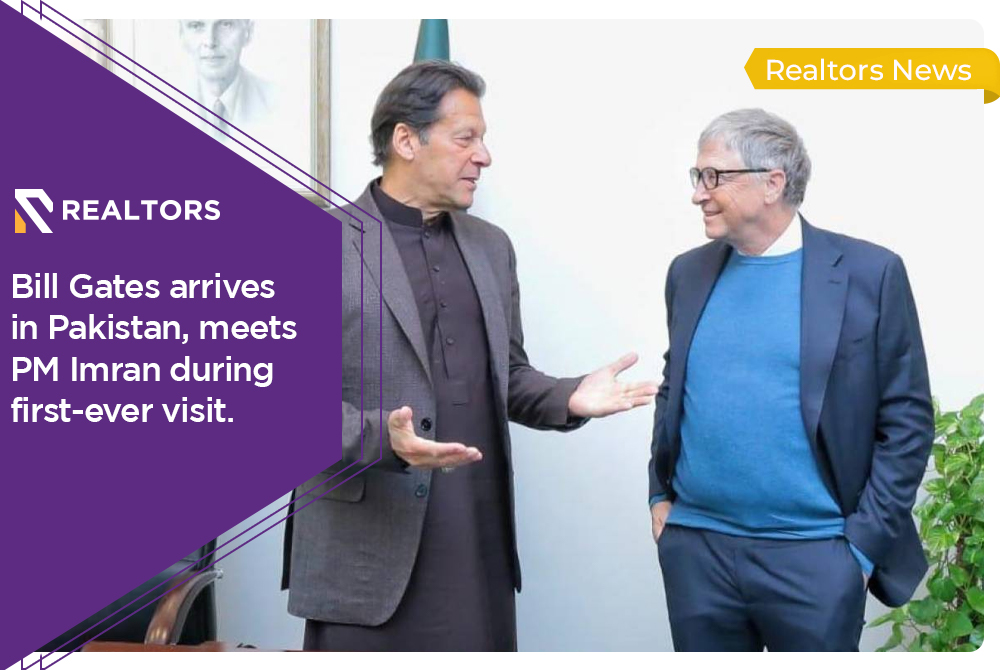 During the discussion, Bill Gates praised Pakistan’s efforts to eradicate polio, stating that the country has been polio-free for one year as a result of polio workers’ efforts and parents’ cooperation.

The Microsoft co-founder also paid a visit to the National Command and Operation Center (NCOC), where he spoke with Asad Umar, the Federal Minister of Planning, and other senior health officials.

According to a statement released by the national COVID-19 body, Gates and his delegation attended the morning session, where they learned about the NCOC’s role and approach, accomplishments since the start of the pandemic, the recent COVID -19 situation in Pakistan, and various government safeguards in place to control disease spread and ensure public safety and well-being.

For more updates on news and real estate blogs, keep reading Realtors Blogs. You can also like us on Medium.

Top 10 Places to Visit in Northern Areas of Pakistan

Author Realtors BlogPosted on December 13, 2022December 13, 2022 213
CDA has approved changes in the rules of property transfer in Islamabad. Now people do not need to provide the No Objection Certificate from...
Read More

News
Author Realtors BlogPosted on January 26, 2023January 26, 2023 228
ISLAMABAD: CDA Chairman approved a three-day auction of plots in different sectors of Islamabad. The most expensive plot in Islamabad’s history was sold for...
Read More