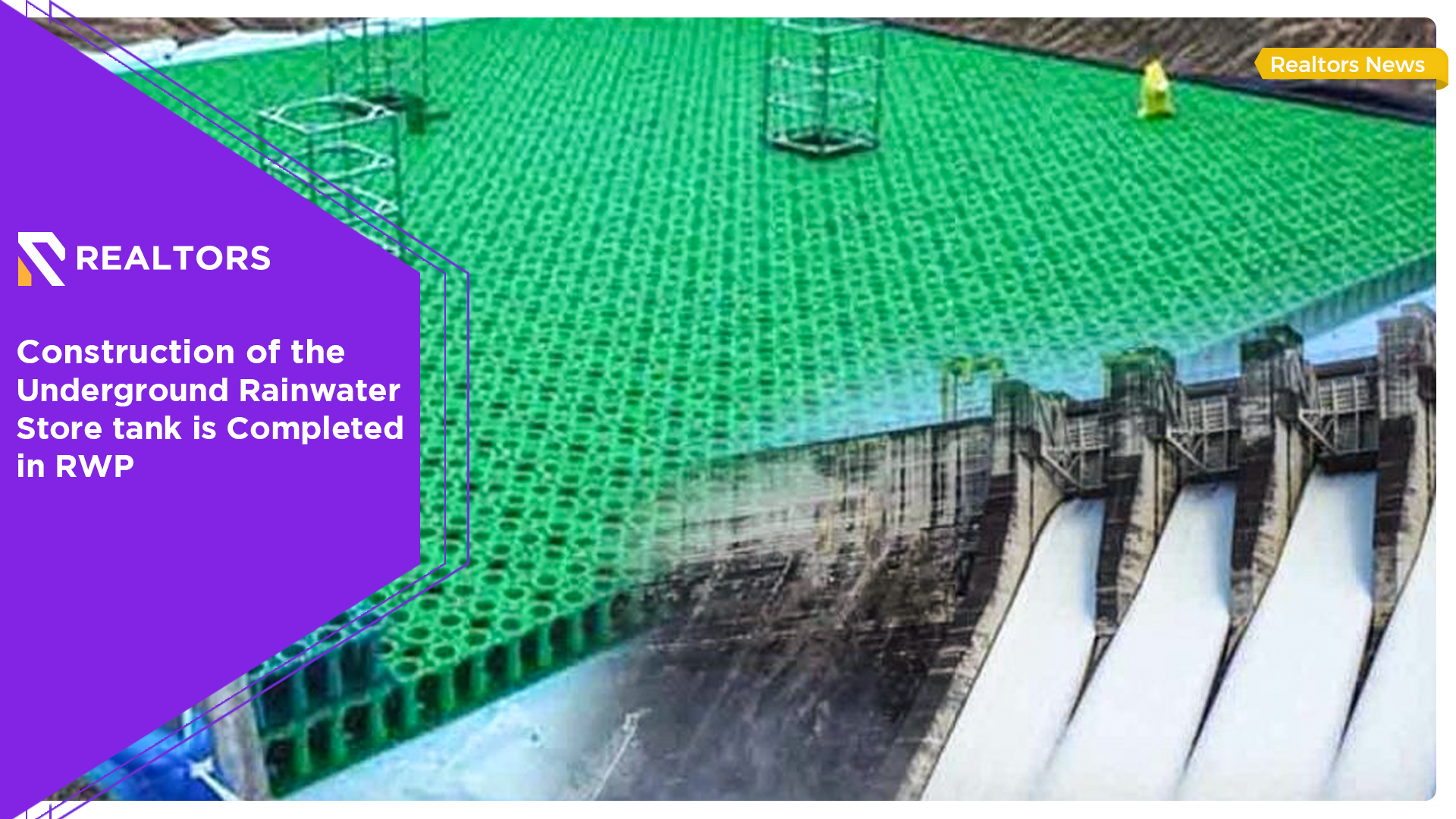 The first underground water tank construction in Rawal Park has been completed. The PHA (Parks and Horticulture Authority) of Rawalpindi has achieved a PKR 50 million project to decrease the consumption of hygienic water in parks.

The rainwater supply tank structure can hold around 100,000 gallons of water. The new water tank at Rawal Lake would be necessary during the upcoming monsoon season.

According to PHA Director (General Zaheer Ahmed Jappa), the endeavor will permit the administration to contain rainwater in several parks across Rawalpindi, which can be utilized for irrigation in parks and other planting spots.

A second tank is being constructed in Liaquat Bagh, and two more will be constructed in Commercial Market and Allama Iqbal Park, with a total span of over 300,000 gallons, according to the PHA Director.

He stated that the underground water tanks are being completed as part of this environmentally valuable endeavor to preserve rainfall.

For more updates on news and real estate blogs, keep reading Realtors Blogs. You can also follow us on Twitter.

CDA to set up a new industrial estate in Islamabad

Over 38.2 billion Rupees is Spent on Road Development Projects in Sindh

Author Realtors BlogPosted on April 5, 2022April 5, 2022 769
An amount of 38.2 billion rupees is being spent on road development projects in Sindh during the current economic year. According to the officials...
Read More

FWO has Begun the Construction of the Rawalpindi Ring Road Project