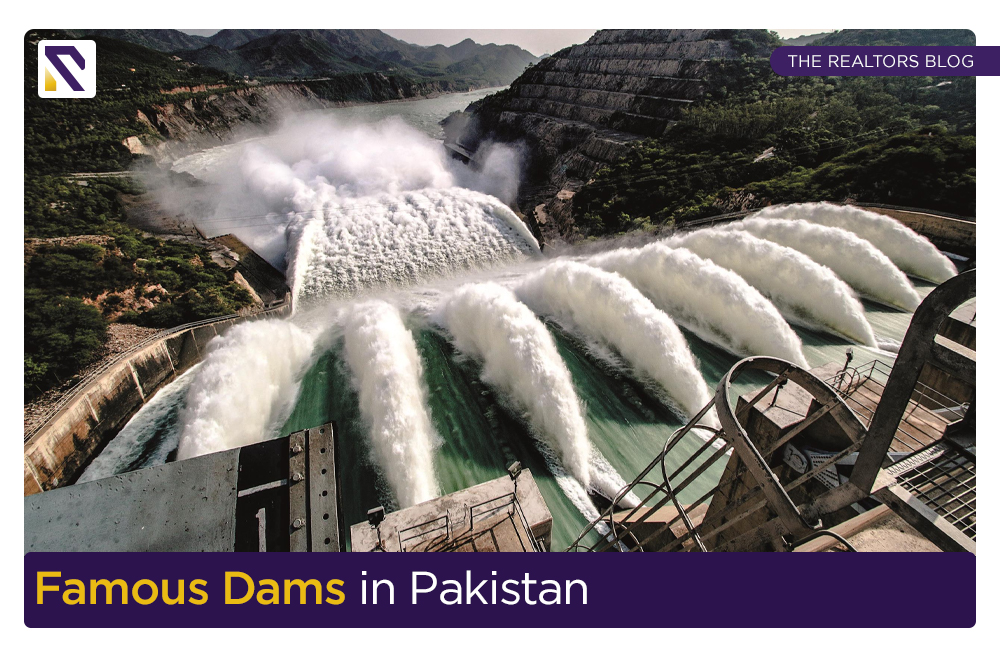 Pakistan is endowed with breathtaking landscapes, magnificent deserts, and a plethora of natural resources. Pakistan is mostly an agricultural country that relies significantly on water resources for agriculture. Surprisingly, Pakistan has over 150 dams spanning all regions, but we have compiled a list of most famous dams in Pakistan. These large dams not only provide energy and water, but they also serve as ideal holiday locations for people. The majority of dams were built between 1960 and 1975. Pakistan is fortunate to be the owner of the world’s largest earth-filled dam, the Tarbela dam.

Dams are often constructed on overflowing streams to manage to flood, generate hydroelectricity, and absorb food and power from the inhabitants. Do you know how many dams are there in Pakistan? Most barrages result in the formation of quiet lakes, with over 150 total dams in Pakistan, the majority of which are in Punjab and Khyber Pakhtunkhwa, where the Indus River and streams run through the mountains south to the Arabian Sea. As a result, there is no scarcity of barrages. There are many renowned construction companies in Pakistan that help in the construction of dams. You need to have general knowledge of the dams in Pakistan. We have compiled a list of most famous dams in Pakistan.

Here is the List of Most famous Dams in Pakistan: 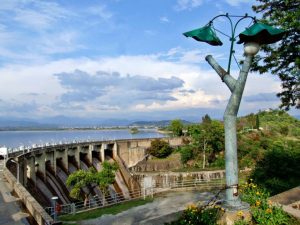 Since 1962, the Rawal Dam has been one of Pakistan’s water reservoirs, supplying water to the housing societies in Islamabad and Rawalpindi . It receives water from the Korang River as well as several tiny streams that go down the Margalla Hills. As a result, Rawal Lake, along with Margalla Hills, is a famous tourist destination, having a magnificent park surrounding the lake with lush trees, walkways, and picnic areas. The highest point of the park also provides a spectacular view of Rawal Lake, the Margalla Hills, and the twin towns. Swimming, boating, sailing, diving, and water skating are just a few of the sports available through private trips. The Islamabad Club, which is close, also holds various water sports activities on the lake regularly. Also checkout some of the best areas for real estate investment in Islamabad . Many types of birds, animals, and reptiles live in this area, and birdwatchers frequently visit Rawal Dam to see the native birds. The lake is also a popular fishing area, with roughly 15 different species of fish discovered in the dams waters. 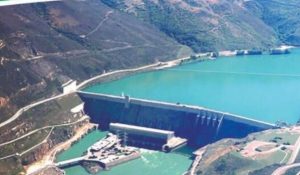 The majority of this dam is located in the Kohistan district of KPK, with a tiny fraction in Diamer, Gilgit Baltistan.

The new dam in Pakistan is currently under construction, and when finished, it will be the tallest dam in the world. The dam is being built on the Indus River. The dam’s 12 turbines will be able to generate 4800 Megawatts of energy. Furthermore, with a surface size of 110 square kilometres, it has a water storage capacity of around 8 MAF. For example, in the past, we had to work hard merely to check our utility bills. It is on the new dams map. All thanks to science, it is now incredibly simple to check your power bills and pay your gas payments online.

After the Diamer-Bhasha Dam is completed, it will be capable of producing 4500 MW of hydroelectricity. In addition, the dam will be able to hold an additional 8,500,000 acre-feet of water, which will be utilised for drinking and agriculture in Pakistan. In addition, this Dam would mitigate flood damage caused by the River Indus during large floods, perhaps extending the life of the Tarbela Dam.

In addition, the dam will have fourteen gates with a total height of 272 metres. The Diamer-Bhasha Dam will have a live storage capacity of 6,400,000 acre-feet (7.9 km3), but a gross capacity of 8,100,000 acre-feet (10 km3). Two underground powerhouses will be installed as part of the dam. Each power plant will feature six turbines with a total capacity of 4500 MW. So this is the complete info of one of the famous dams in Pakistan. 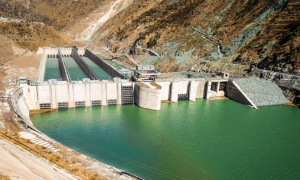 One of the dams in Pakistan is the Neelum-Jhelum dam, which was built relatively recently. This well-known dam in Pakistan was built by a Chinese corporation to regulate and divert the flow of water from the Neelum to the Jhelum rivers. In the valley, a Neelum-Jhelum hydropower facility will be built.

The first stages of this dam’s construction have begun. In July 2007, the Chinese business was given the contract to build the dam, and building on the facility began in 2008. The project, however, was hampered for several years before successfully releasing the first generator in April 2018. It is one of the smaller dams, but it has a lot of promise.

This power plant is in Pakistan’s Azad Jammu and Kashmir, some 26 miles (42 kilometres) south of Muzaffarabad. It has a hydroelectric dam generating capacity of 969 MW.

Apart from famous dams of Pakistan , If you want to build a house in Pakistan then first get complete knowledge of their construction cost and then take the next step. 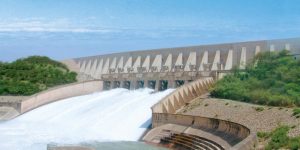 Mangla Dam is Pakistan’s second-largest water reservoir, measuring 147 metres (482 feet) in height and 3140 metres (10,300 feet) in length. It is a large dam in Pakistan, which is located in the Mirpur District of Azad Jammu and Kashmir, began construction in 1961 and was completed in 1967, becoming one of the country’s principal sources of irrigation. While the dam was originally built for water storage, it was eventually renovated to create 1,150 megawatts of hydroelectric electricity. Future expansion plans include for increasing this capacity to 1,500 megawatts.

This water reservoir in Pakistan led in the formation of Mangla Lake, which is located four hours from Lahore and two hours from Islamabad. Also checkout some of the top areas for buying houses in Lahore .The lake and its surrounds provide several water sports activities, including as boating, rafting, jet skiing, and fishing, as well as opportunities to spend a picnic in the park. 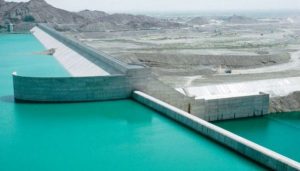 Mirani Dam is situated on the Dasht River, south of the Central Makran Range, in the Kech District of Pakistan’s Balochistan province. It was completed in 2006. It is a 302,000-acre-foot (373,000,000-m3) body of water that receives water from the Kech and Nihing rivers.

The Mirani Dam was built in 2001 by Pakistan’s Water and Power Development Authority (WAPDA) to supply water to the city of Gwadar. Descon Engineering Limited completed the project as an EPC.

The dam’s primary aim was crop production and agriculture. Kech Valley is made up of cultivable land, which might be used for agriculture if a consistent water supply is provided. During the summer and during floods, the dam functions as a water storage facility.

Another goal of the Mirani Dam is to provide a steady supply of clean drinking water to the cities of Turbat and Mirani. So this is the last dam in our list of most famous dams in Pakistan.

Getting land alongside dams turns out to be very profitable but first you must learn about profitable property Investment in Pakistan and then take the next step.

So there you have it: the top five famous dams in Pakistan that produce water for irrigation, energy, and food production. In fact, it has been instrumental in increasing tourism in Pakistan. So these dams are located in every province of Pakistan but if you are looking for real estate investment in Pakistan then first you must know the best cities to Invest in real estate Pakistan . Dams are required for water storage and energy generation, since scientists anticipate that worldwide water shortage would occur by 2025. Hence, these famous dams play a vital role in preserving rain water, generating electricity and being a great source of water for irrigation.

Pakistanis Have $20 Billion in Cryptocurrencies, as per the FPCCI Chairman

Author Realtors BlogPosted on January 13, 2022January 13, 2022 81
According to Faisal Amin Khan, Minister for Local Government and Rural Development, the government has begun construction on an international grade bus terminal in...
Read More

Author Realtors BlogPosted on November 30, 2021November 30, 2021 177
The Green Line bus project will be inaugurated in two weeks in Karachi, stated by the Federal Minister for Planning, Development, and Special Initiatives...
Read More

Author Realtors BlogPosted on November 19, 2021January 6, 2022 249
Pakistan has considerably evolved in terms of development and investments. Now people from low or middle income backgrounds are also growing and contributing towards...
Read More

News
Author Realtors BlogPosted on January 20, 2022January 20, 2022 69
Due to a sustained growth in worldwide demand, Pakistan’s textile and garment exports climbed by 26% to $9.381 billion in the first half (July...
Read More

News
Author Realtors BlogPosted on January 18, 2022January 19, 2022 79
Islamabad– Pakistan has assumed chairmanship of the Group of 77, the largest group of developing countries at the United Nations. Pakistan was one of...
Read More 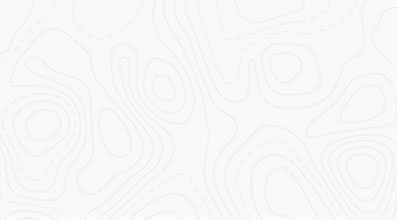