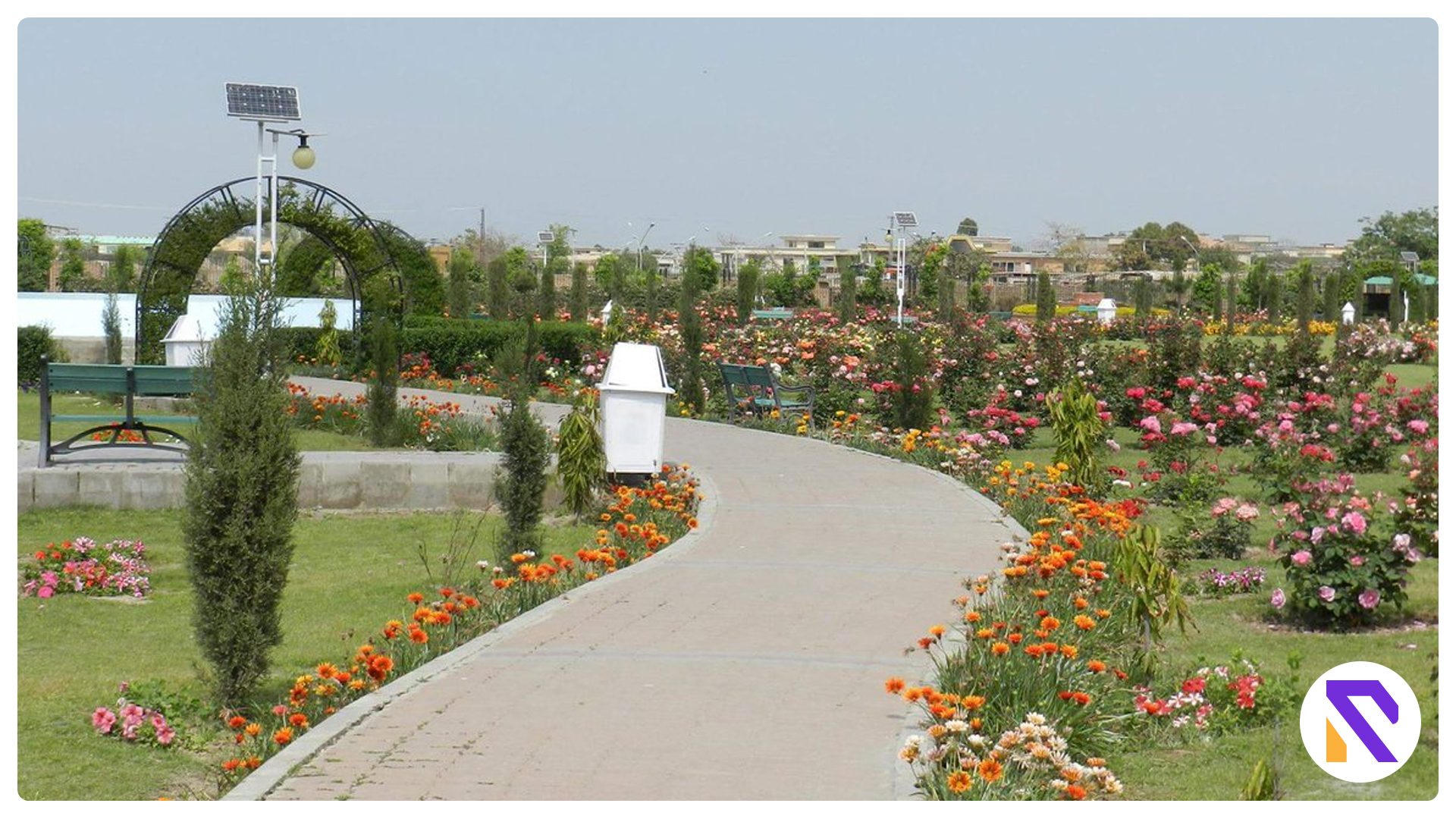 You don’t have to search long and hard to find good picnic points in Peshawar. Known as the ‘City of Flowers’ of Pakistan, the meticulously planned  capital of Khyber Pukhtunkhua is home to some of the most beautiful natural attractions in the country. Visitors and travellers come from around the world to be a witness the magnificent beauty of the city. Many tourists have uploaded the hospitality and the mouth-watering food in Peshawar. Be it the Saddar bazaar or the beautiful landscape of the historical city,  the residents of the city have access to some of the best recreational spots one can ask for. In this blog , we will discuss about the famous parks in Peshawar.

Peshawar , city of flowers is divided into eight zones, has specified a portion of land as Green Area. In fact, parks in Peshawar cover an area of more than approximately 85 square miles, which is almost just as big as the urban area at present. The Peshawar Development Authority are responsible for their planning and maintenance.

The city of Peshawar is developing day by day and there are many real estate companies in Peshawar that are developing big projects in the city and making the city beautiful.

We have listed below some of the best parks in Peshawar in all their glory.

Wazir Bagh was founded in 1810 during the reign of Shah Mahmood Durrani, a Durrani prince. Sardar Fateh Mohammad Khan laid the foundation stone of this lovely park after overthrowing Shah Shuja’s administration in Peshawar. With four fences and a pavilion, the garden offers spectacular vistas. A mosque, a football field, two large lawns, fountains, and a few ancient trees are among the features of these enclosures.

The garden is known as one of Peshawar’s most historical attractions due to its antique design. During the reign of Durrani monarch Prince Shah Mahmood Durrani, it was erected by Sardar Fateh Mohammad Khan Barkzai aka Wazir. After removing Shah Shuja’s authority in Peshawar, Sardar Fateh Mohammad Khan laid the groundwork for this massive park in 1810. The park is divided into four sections and has a pavilion, mosque, football field, two large lawns, a pond with fountains, and ancient trees.

Wazir Bagh, along with Shahi Bagh, is regarded one of Peshawar’s oldest and biggest gardens. They are both historically significant to the people and the region. The garden, according to legend, was brimming with apricots, peaches, pomegranates, pears, and vibrant flowers. Sir Alexander Burnes, the English envoy, took a break in the garden.

It is at a fantastic position in in Peshawar. Apricots, peaches, pomegranates, pears, and various flowers and herbs grew abundantly in the garden a few years ago. However, no one is currently taking responsibility for the garden’s upkeep. It’s incredible.It’s painful to report that the days of people enjoying their moments here in the pure air are long gone. The KPK government began renovating Wazir Bagh in 2020 and allocated over 100 million dollars as part of the Peshawar development strategy. As Peshawar is Pakistan’s oldest city, it’s a good idea to preserve its ancient sites. 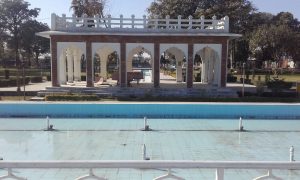 The Royal Garden is the name given to it. Mughals later developed the garden, which was governed by the Durani Empires. It is located in Peshawar’s Faqirabad. Official meetings and social events are held here the majority of the time. This magnificent garden spans 100 acres and is home to a diverse collection of trees.

Apart from parks , if you want to business and looking for some good ideas then checkout our blog on profitable business ideas in Pakistan .

It is a Mughal-era park near the Arbab Niaz Stadium in Peshawar that has served as a focus for political, intellectual, and social events in the city. Shahi Bagh is a favourite hangout for students. In the past, students would travel to the park for leisure activities and even study. Sant Kirpal Singh, a former student of Peshawar’s Edwardes Church Mission High School (Edwardes College), says that he used to study in the Shahi Bagh with his book.

The Quaid-e-Azam Memorial and a fountain are located within the bagh. The Royal Garden is without a doubt one of the largest and most historically significant sites in Peshawar, Pakistan’s oldest metropolis. Shahi Bagh is also one of Peshawar’s top picnic sites. If you’re seeking for a peaceful spot with historical significance, Shahi Bagh is the place to go.

Near these parks , there are many famous restaurants In Peshawar where people go and enjoy with their families. 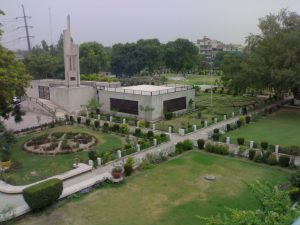 Jinnah Park is situated in Peshawar, Pakistan, on the Grand Trunk (GT) Road, just across from the Balahisar Fort.   Cunningham Park was its previous name.   In July 1947, the British administration staged a plebiscite in Jinnah Park and later Cunningham Park on partition and the affiliation of NWFP (now Khyber Pakhtunkhwa) to either India or Pakistan. The government of Khyber Pakhtunkhwa built a digitized fountain in the park in 2011.

Apart from parks in Peshawar, there are many historical places to visit In Peshawar where people go and enjoy with their families. 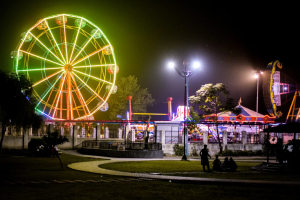 Peshawar’s Army Stadium, commonly known as the Karnal Sher Khan Stadium, is located in Peshawar, Khyber Pakhtunkhwa. The Pakistan Army owns and operates the stadium, and it is also in charge of its growth. It includes a very large park with several swings and eating establishments. Army Stadium Peshawar is a public leisure and entertainment venue in Peshawar, Khyber Pakhtunkhwa, Pakistan. In 1999, the stadium was renamed Karnal Sher Khan Shaheed Stadium in honour of Karnal Sher Khan Shaheed, who was killed in India’s Kargil conflict.

Pakistan is a country with most beautiful roads and highways , If you want to explore more then checkout our blog on famous motorways and highways of Pakistan .

Restaurants and takeaways, retail booths, music stores, amusement parks, and gaming facilities are all available at the stadium. These facilities have since been relocated to the Sher Khan Shaheed Park Complex, which is located nearby. Since December 2016, McDonald’s has been open, as well as a soft debut of the Food Court Complex, which currently houses Tutti Fruiti, Nan Bar, Peshawari Baithak, and Chaman Ice Cream.

It is located in a wealthy neighbourhood of Peshawar, adjacent to a variety of notable buildings and structures. New gigantic buildings are being built.

Near these parks , there are many small and big shopping malls in Peshawar are located where you can visit and do your necessary shopping. 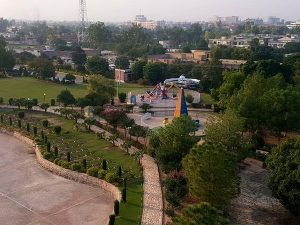 Bagh-e-Tatara is a recreational park in Peshawar’s Phase 1 of Hayatabad. Tatara Park was transformed into a theme park from a beautiful lawn with man-made lakes. Tatara Park is a large, open space that is popular with children and teenagers. Peshawar’s primary tourist attraction in this park. When tourists visit Peshawar, they should pay a visit to this park.

Also read our blog on Universities in Peshawar .

These were some of the best attractions in Peshawar and the best parks in Peshawar where you can visit with your families and enjoy your day. Also read our blog on shopping malls in Islamabad .

Gwadar Free Zone Phase-II is all Set to be Operational

10 Easy Ways to Decorate your House

Author RealtorsPk BlogPosted on September 12, 2022September 12, 2022 110
“Home – A place your feet may leave, but your heart will always be.” A line old yet evergreen, and surely everyone will agree...
Read More

Development Health News
Author Realtors BlogPosted on September 23, 2022September 23, 2022 106
The World Bank has pledged $25 million to reconstruct about 1,300 health and education facilities destroyed by floods in KP. The representative said that...
Read More

Digital Investment Real Estate Technology
Author Realtors BlogPosted on September 22, 2022September 23, 2022 41
Cryptocurrency in Pakistan has been an effective investment option for the last few years. On the other hand, stock and real estate have been...
Read More

News Property Real Estate
Author Realtors BlogPosted on September 22, 2022September 22, 2022 100
PLRA has collected 11.34 billion from mutation and property transfer procedures in the last fiscal year till now so far. According to the details...
Read More

Construction Development News
Author Realtors BlogPosted on September 21, 2022September 21, 2022 106
Mansehra: The Tehsil Municipal Administration (TMA) Balakot has given notices to 100 landlords for building houses and commercial centres along the bank of the Kunhar...
Read More

News Property Residential Properties
Author Realtors BlogPosted on September 20, 2022September 20, 2022 118
FBR has increased properties valuation rate between 10 to 30 % approx., in around 20 cities. The Federal Board of Revenue has also included...
Read More