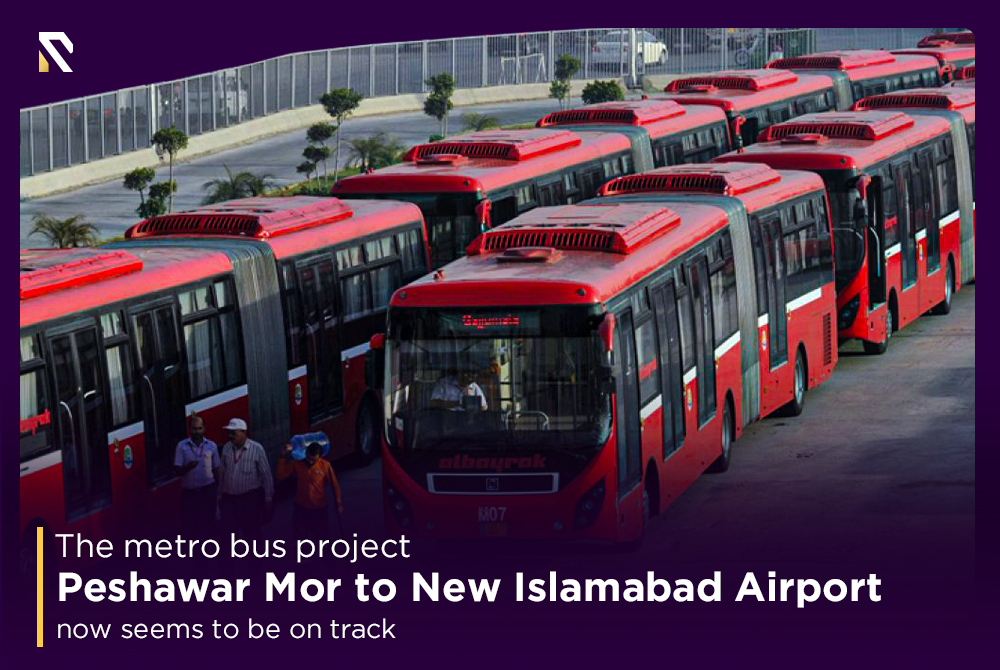 The metro bus project from Peshawar Mor to New Islamabad Airport now seems to be on track as city managers after opening financial bids are set to place orders for obtaining 30 buses. The Captial Development Authority (CDA) took over the project in this year March on the direction of the federal government from the National Highway Authority. The government has earmarked Rs.300 million for this project for the fiscal year 2020-2021. The CDA’s technical committee has opened financial bids of companies and an international company – Higher Bus Company Limited, which turned out to be the lowest bidder by submitting a bid of Rs728 million for 30 buses.

The officials said the buses will be provided within four months. The 24 buses would operate from Peshawar Mor to N5 bus station near G.T Road while the other six will have extra space for luggage, and would run from N5 to the airport round the clock.

Author Realtors BlogPosted on February 22, 2022August 12, 2022 1729
Pakistan has a wide range of the road network that transports from one area to another without the hassle of much traffic. Motorways are...
Read More